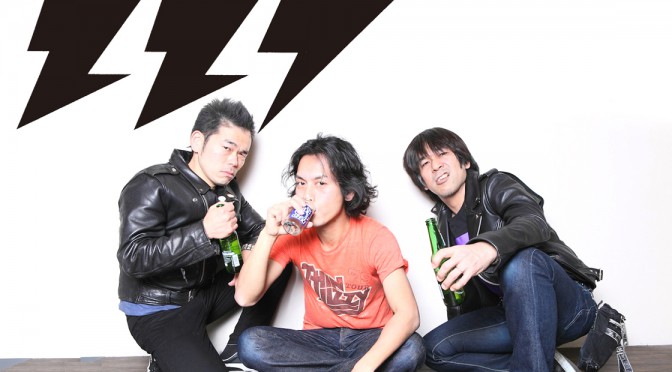 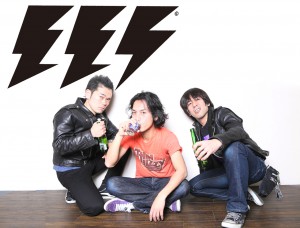 We are… You are… Electric Eel Shock:

2015 Is Electric Eel Shock’s 21st Birthday…
We are celebrating with a World Tour of Europe in June and July!

“The true triumph of Electric Eel Shock is that they put on a show that can be equally enjoyed by metal’s fanatics and its detractors. This is more than just a rock show – it’s a complete entertainment package.” Metro

Electric Eel Shock are a glorious celebration of Classic Rock, Punk and Metal. A true power trio from the time before rock became fractured into a diverse multitude of sub-genres and we were all still one big happy Rock & Roll family.

“EES are nothing short of awesome” – Brent Hinds (Mastodon)

EES left their native Japan in 1999 to see what they could make of America and they have been on a near constant world tour ever since. EES paid their way by selling merchandise and their self recorded album “SLAYERS BAY BLUES” at their gigs. Headlining a stage at the prestigious Roskilde Festival in Denmark was a key early event for the band. By 2004 EES had toured 27 countries around the world and they decided it was about time to release an album: “GO EUROPE!” became the first commercially available EES release and the band performed at 30 European Summer Festivals.

Follow up album “BEAT ME” was recorded in Holland early 2005 with legendary producer Attie Bauw (Judas Priest, Scorpions, Bootsy Collins etc). BEAT ME achieved much critical acclaim from press and fans alike and EES continued to conquer the international musical scene step by step throughout 2005 and 2006 adding Australia and parts of Asia to their widening travels.

In 2007 Electric Eel Shock again worked with Attie Bauw on a new album: “TRANSWORLD ULTRA ROCK” is seems to sum up the past, present and future of the band in one album. The feeling seems to span the entire EES back catalogue, including the raw inventiveness of Slayers Bay Blues, the catchy songs of the GO albums and the hard tight rock of Beat Me. This album has it all. The overall atmosphere is more positive than ever before. It’s a feeling that reflects the Shock’s ongoing progression, from playing every dive bar and toilet around the world to selling out larger more prestigious venues. In 2008 Electric Eel Shock toured with The Presidents Of U.S.A.
2009’s album Sugoi Indeed was entirely Crowd Funded. (EES have been pioneers of Crowd Funding, first turning to their Fans in 2004 as an alternative to an oppressive record deal thry were in at the time).  “An album full of classic rock hand-crafted in Japan”. Attie Bauw, (Judas Priest, Scorpions) who produced the last two EES albums, was at the controls again, only this time he engineered the basic tracks and Electric Eel Shock took the production reins on the album themselves. The album was licensed to labels around the world…

From 2010 EES returned to Japan for their first extended period in 10 years. They started to conquer another heaven, Asia. Hong Kong again, Macau (MIMA 2010), Vietnam (Go Go Japan, 2011) with over 3000 audience. Although they were not in Europe that year they were voted best Japanese band on NEO magazine in UK, 2010. EES were also getting attention in theur native Japan. They played one of biggest festival in Japan called “Tsuru-Rock” and record one song with a famous talent in Japan called “Takeshi Tsuruno”. EES also released their live album “Live Around The World vol.1“.

In June 2012, EES’s bassist, Kazuto launch a japanese crowd funding site (like Kickstarter), called “Fan-Bo” and EES had a their first Best of and Cover album project. it was finished successful, gained over 150% for their target. They released in spring 2013.

2013 EES toured USA twice including a tour with their old friends Peelander-Z who had been responsible for inviting them to New York back in 1999. 2014 saw Electric Eel Shock return to Europe and their most successful European tour so far…

Electric Eel Shock are a band who’ve worked hard to get where they are – and they’re damn well going to enjoy themselves! Of course, everyone – fans old and new – are invited to join the party!

21 candles on our cake and still going strong!